So, when you search the #Findom hashtag on Twitter nowadays, what do you see? Another Retweet game? A Costa Coffee receipt? The warning from another disgruntled teen warning others that ‘richpaypigslave01’ is in actual fact a timewaster? Shock horror. Mix that in with some dog snapchat filters, middle fingers and a shout out to ‘DirkHooper’ (whoever that is!) and you have a scene that is a far cry from what I discovered and developed from in 2008.

The cold hard truth is, Findom is a very niche and rare fetish, most of what you see on social media isn’t findom. Not to knock how people go about making their money however if you work by the theory I set out in ‘Percentages & Perceptions’ (see previous blog) then you’ll agree with Me that is he still comes away feeling comfortable, feeling like he got ‘his money’s worth,’ if he still then goes back to day to day business without a second thought then it’s unlikely he hasn’t felt that gut-wrenching pinch that true financial submissive buzz from. That conflicting adrenaline rush of “oh shit,” & “Mmmm yeah.”

With the risk of climbing on My soap box, I will hold it there to swiftly move onto the main point of this post. My vision & My fantasy when it comes to Findom has always been one of sophistication, sass, style and superiority. It’s meant to be snobby and elitist, with the inferior males striving to please and having their Mistress’ happiness at the heart of all they do.

So, cue Duke, the man with the creative eye and talent to bring it all to life. I had been following Duke’s work for some time. He is Sex Worker-friendly and over the years has created some stunning editorial-style promotional content for a variety of Professional Ladies. Much like Kate Winslet, I wanted him to film Me like one of his escort girls.

I shared My script with him, mentioning the desire to incorporate influences from Film Noir & Hollywood starlets. I wanted it to be obnoxious & greedy, yet with a fun, tongue-in-cheek undertone.

Duke knew instantly what I was aiming for and thanked Me for having such a clear and concise concept. Shortly after that, the deposit was paid & I was booked in.

I managed to find a willing victim to film easily enough, in the form of Pet the Chef. Although not a finsub, still liked the idea of taking part in a fresh new filming role and kindly covered My additional expenses for that day.

Duke is very approachable and efficient, I was impressed with just how much kit he had managed to compact into his bags, lighting rigs, lenses and even a handy little dolly for those panning shots.

The shoot itself just flew by. Many laughs were had, be it from bloopers/ retakes or just from the playbacks he was sharing with Me on his camera screen. I felt completely at ease and able to let My personality shine through. David Bowie and Stone Roses were order of the day when it came to our working playlist. Although the package I booked was for 5 hours of shooting, We had it all in the can in just over 3, which I was more than happy with as it allowed Me some downtime before a session I had booked later that day.

The turnover was very good, Duke was able to piece together a rough draft of the first clip to Me in just over a week. His policy is that the client can request 2 send backs to request further editing. He encourages clear and constructive feedback which makes his task of re editing so much smoother. Even from the first edit, I was already grinning from ear to ear as I could see it taking shape. A little tweak here and there and the second send back wasn’t even required.

As you’ve seen, the response to the clip has been incredible. I’m so thrilled with all the positivity it has received. Upon viewing the clip, a couple of close Mistress friends actually booked in with him that very evening which I’d say is the ultimate compliment. I feel the clip has captured Me perfectly, My attitude along with other ‘attributes.’ I truly feel like it has been a mission accomplished against what frankly has become such a regurgitated and uninspiring take on the most powerful form of power exchange. I hope My clip continues to spread and the next time the #Findom hashtag is searched, that Mine & Duke’s creation help breaks up the samey samey. That it grabs you by the balls and the cash-filled briefcase!

I will absolutely be working with Duke again in the future. To have Your concepts brought to life by the beauty of film or for his stunning photographic services, visit filmedbyduke.co.uk

Thanks again to Pet the Chef. I will stress again on his behalf that he is not a finsub, just a good sport and therefore please don’t take the clip as a green light to hound him for tributes (yes, I know, sad that it has to be said.) You can listen to his radio show SecretSubSunday on Secret102Radio. 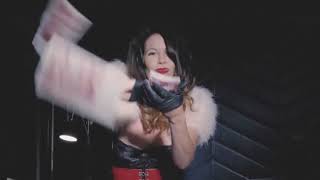